The first race was held on 1 January 1870. The four competing yachts were the Curlew, Isabella, White Squall and Express. They ranged in waterline length from 13 to 19 feet.

Meetings of committees and the general body of Members were held in sundry hotels — the Clubhouse, Ship Inn and Largs Pier 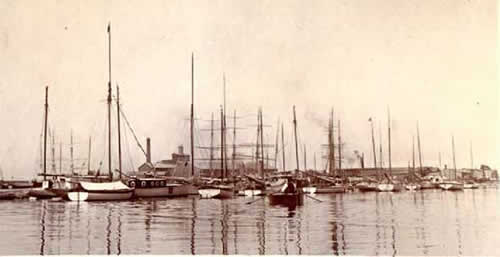